This data combines orders from all Direct Market distributors. Click to see only Diamond and DC's distributor.

February 2020 was the last month before any effects of the COVID-19 pandemic struck the Direct Market, and Februrary 2021 did not much resemble it. DC had left Diamond Comic Distributors in the interim, and new-title slates had grown much smaller. But sales appear nonetheless to have improved. Initial orders for all publishers (including DC) appear to have been around 6 million copies, for a value of between $26 million and $28 million.

Further, February 2021's performance was based on 334 new comics, versus 475 in February 2020. DC's output was just 42 new comics, the same as January and the lowest for a non-shutdown month since December 1990. 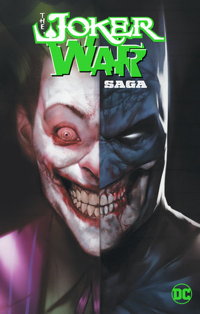 Our retail order dataset found TMNT: The Last Ronin #2 from IDW as the top comic book in retail initial orders, leading in quantity ordered despite its $8.99 asking price. The issue appeared multiple times in Diamond's advance reorder and reorder lists, even as the first issue continued to sell. According to reports from the publisher, the issue had a print run of 130,000 copies, making it IDW's largest print run to that point. (The figure likely includes copies that shipped outside the North American market.)

January had seen DC launch the Future State event, replacing most of its series with new ones renumbered at #1; February saw mostly second issues of those series — or third and fourth issues in the case of its apparent top seller, Future State: The Next Batman #3 — and consequently the publisher's initial orders were lower overall. But the month more than likely came out well for DC on balance given that the Joker War Saga hardcover came out, as well as several other significant graphic novel releases. Periodicals aren't the whole story in any month, this one more than others.

Lunar did not release any sales reporting, and by late March, Diamond was in the fourth month of its second pause in monthly report releases. As we did during the first pause in 2020, Comichron has drawn upon a retailer initial order sample to determine approximate unit and dollar sales rankings. The dataset represented a sizable number of copies, from which Comichron was able to determine relative sales volumes — but only the rankings are being shared at this time, and no attempt has been made to rank items beyond 225th place.

No statistical adjustments have been made for returnability and no later returns have been subtracted out. Note, further, that our process only looks at first-month orders for comics, so no reordered titles from the month before or reprints appear in the chart below.

The charts feature every new comic book released by Diamond and Lunar in February 2021. Variant editions have been merged into single entries, following longtime industry practice. The DC release dates are from Lunar.

Things to remember: As we're not characterizing order levels at this time, ranked comics could be separated by thousands of copies or as little as a single issue. Rankings are most reliable for regular series issues in the middle of the chart: orders for the highest sellers and first issues may tend to show more variation.

Rankings in these charts should also be expected to differ — often significantly — from the sales-to-consumers charts available at other outlets. Those report sell-through and not sell-in. Comichron tracks copies in circulation, a category which includes both copies on retail shelves and in consumers' hands.

You can see the reorders that were placed during the month on our pages for reorders and advance reorders for the year. We also have a page breaking out ship dates for second printings.

As is the case with all data on Comichron, it is subject to revision without notice in the event more authoritative and complete information about orders becomes available.

This the two lists below include all comic books released by Direct Market Distributors in the month.
Rankings are based on Comichron's retailer inital order sample and do not include reorders.
Distributor charts are regional commodity reports, not measures of a work's total reach. Read our FAQ.
The links lead to current listings for each item on eBay. You can also find the books at your comics shop.

The list below includes all the other comics released by Diamond and Lunar for which Comichron is not projecting rankings at this time. They appear in alphabetical order by publisher and then by title; use the arrows to sort by any column.


The links lead to current listings for each item on eBay. You can also find the books at your comics shop.

Comichron did not examine graphic novel orders, but you can see what graphic novels were receiving retail attention at Diamond in the month by looking at its reorders.

(All figures below are estimated)
Shipping weeks (New Comics Days) in month: 4 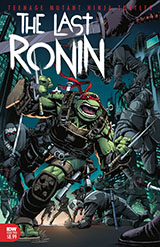 Number of new comic book variants (defined as first and later printings with a cover different from the "main" one):
794